My Panic Attacks | Ever wondered what one feels like? 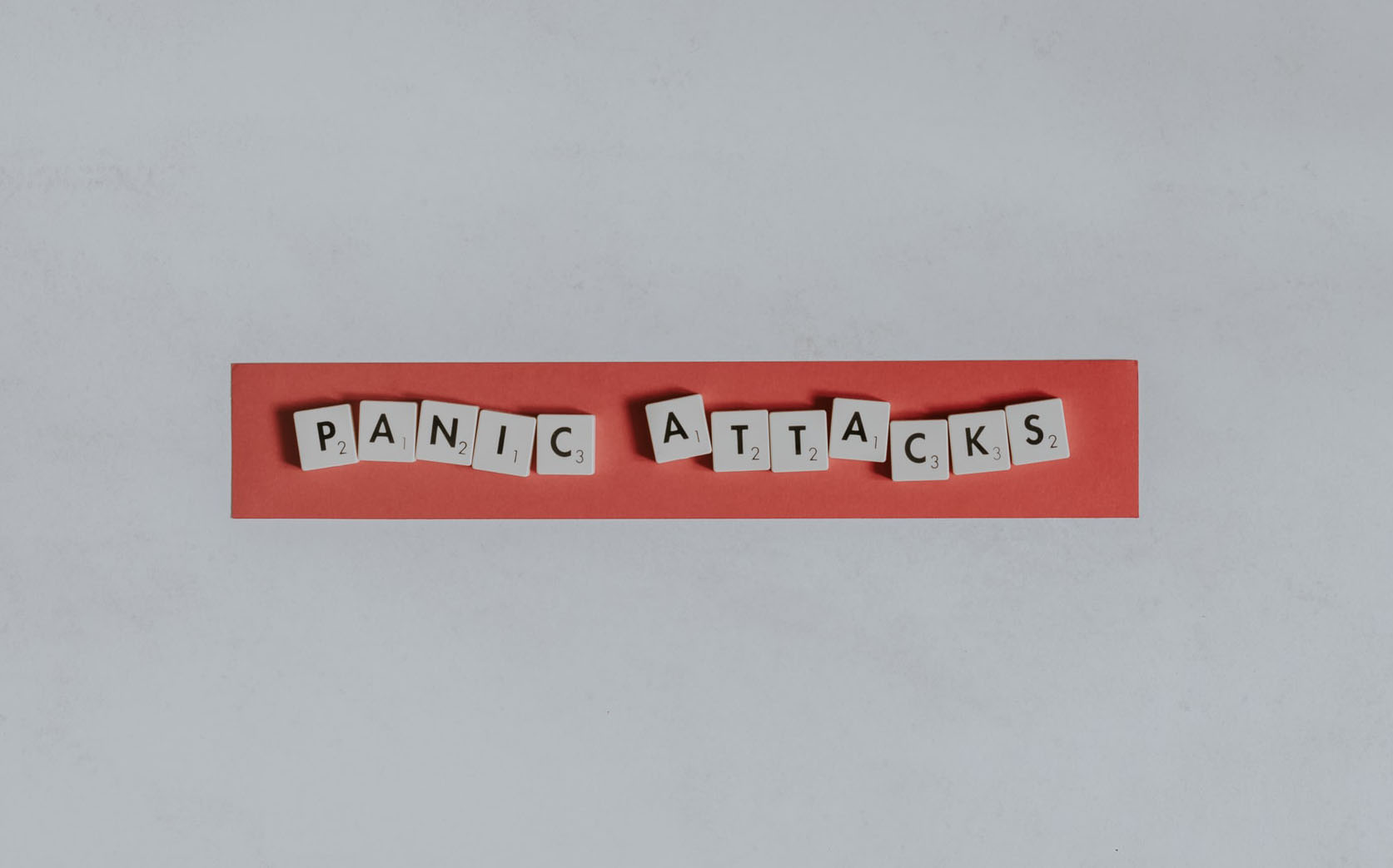 Panic attacks, no matter the severity, are awful. The physical sensations consume you and make you assume the absolute worst case scenario – “I’m dying”. In my experience, panic attacks build up over a couple days or weeks until you break down and work your way through it. Other times, they’re so sudden and intense that you don’t have any time to prepare yourself.

In the space of five weeks, I suffered three panic attacks. It was mentally and physically exhausting, and I had no idea what was happening to me. I remember searching what panic attacks were to understand what other people felt like during them. This helped to an extent, but I couldn’t find anything that had detailed breakdowns from start to finish to help me really understand other people’s experiences. So, that’s why I’ve written this post.

One thing I want to note and for you to be mindful of before you start reading any further, is that I have been as detailed as possible with the situation I was in at the time of the panic attack. But also shared a lot of details on the exact symptoms I recall feeling at the time. I’m giving you the heads up now, as I understand for some that reading or hearing of attack symptoms they’ve experienced in the past may be a trigger.

On 5th February 2020, I suffered my first ever panic attack which I ended up in A&E with. I was driving to work and suddenly felt a thud in my chest. It was over in a split second, but I can only describe it as my heart trying to jump out of my chest and hitting the chest bone before bouncing back into place and not doing it again. I appreciate that’s definitely not what happened, but if I were to visualise the sensation, that’s how it’d look.

I also felt quite dizzy – not quite like a room spinning when you’re drunk or suffering vertigo, but the kind where you feel you’re off-balance and your head’s a little fuzzy. This was coupled with feeling sick. I didn’t feel like I was going to be sick, just that feeling that builds up in your chest and throat. Lastly, I was short of breath. I wasn’t able to take long, deep breaths like you would when doing deep belly breathing or starting meditation. Instead, my breathing was quick and shallow, leaving me feeling more breathless and understandably, more panicked.

I pulled over in an upcoming layby and called 111 and was advised to get to A&E within the next two hours. When describing the symptoms to the operator, they advised it could be a blood clot in my lung, but that’s mainly because I wrongly described my chest heaviness as painful, which it wasn’t. But at this point, they were asking questions like, “are you in pain in your chest?” and I was trying to get to a solution asap and wasn’t quite thinking straight.

After numerous blood tests, x-rays and ECGs, everything came back normal – my heart rate was high, but was a normal rhythm and was more down to the circumstances. After speaking with a doctor, they told me I’d suffered a panic attack that was likely down to work stress. If you read my anxiety story, you’ll understand how this began.

On 7th January 2022, two years after my first panic attack, I was asleep and around 3am I slowly woke up to the feeling of my heart pounding. I was just lying there and could feel my heartbeat in the left side of my neck and middle of my upper back, close to my left shoulder blade. It was a very surreal feeling. I held my hand to my chest and could tell it was over 100bpm, so I focused on deep belly breathing to calm myself.

I didn’t feel any other sensations, just the high heart rate. After a couple minutes of following the breathing techniques I’d learned overtime, I couldn’t feel my heart rate slowing, so of course the panic kicked in.

I woke my husband and started to get emotional, asking, “should I call 111?” and repeating, “my heart rate isn’t slowing, I’m scared”. I checked my heart rate and it was 120bpm – pretty high for someone who was sleeping 10 minutes prior. I should add that the room wasn’t hot and I hadn’t had a nightmare, nor was I dreaming in general. At this point, I just broke down in tears and decided I should take Propranolol (beta-blocker) for the first time since being prescribed them two months prior.

Within minutes I felt instant relief. My heart rate was slowing, I didn’t feel so panicked, and just felt genuinely calm considering what had just happened. I managed to get another 3 hours of sleep, then woke up just feeling normal. I was exhausted and my chest felt tense and heavy, but I knew that was down to the interrupted sleep and the physical side-effects panic attacks can have on you.

On 25th January 2022, just two and a half weeks after my last panic attack, I suffered my worst one yet. I had logged off from work around 5.15pm and went downstairs to chill on the sofa. I was home alone and simply laughing along to After Life 3 bloopers on TikTok – nothing out of the ordinary and nothing else on my mind.

Suddenly, half an hour later, I felt a sudden thud in my chest that made me sit up in an instant panic. This was a very similar feeling to the one described during my first attack, but it felt far more intense. Maybe because I was partly lying down and my posture made me feel it more.

I then felt a sharp pain radiate from the centre of my chest up to my left collarbone, which vanished as quick as it arrived. But that was followed by feeling breathless, dizzy, my hands slightly clammy, feeling very warm all over from head to toe – like I was sat by an open fire, chest heaviness and legs feeling like a mixture of being heavy and jelly-like all at once. I checked my Apple Watch and my heart rate was 149bpm, which of course made me panic more.

I was petrified and did what any person would likely do – I called 999 and said, “I think I’m having a heart attack”. I honestly don’t think I’ve felt so scared in my life, it was horrific. I was told the last thing I wanted to hear…”an ambulance will be around 30 minutes”. I called my husband to get home asap to take me to A&E himself, but realised with traffic he’d be another 20 minutes. So, I called my neighbour simply to keep me company whilst I waited. Fortunately, she took me to A&E herself as she could see I was distressed.

By this point, I knew I was calming down compared to 10 minutes prior, but I still was very breathless, chest feeling heavy, feeling dizzy and my heart rate still over 100bpm. I had an initial check-up once I got to A&E and although my heart rate was high, it was a normal rhythm which was positive news.

Whilst in the waiting room, I was doing ECGs on my Apple Watch which sometimes showed results of Atrial Fibrillation, and others being a normal Sinus Rhythm (my full anxiety story explains more behind using ECGs on my Apple Watch, in case you want context). After six hours, multiple ECGs and blood tests later, everything came back normal. No signs of a heart attack or any other concerns like blood clots etc.

I told them about my A-Fib result on my Apple Watch when in the waiting room and they had a look and said it wasn’t A-Fib. Instead, it was showing a Sinus Arrhythmia which is what happens for many. It’s when you breathe in and your heart beats faster, then when you exhale it slows – this is more so when doing your deep breathing exercises, as these are what help reset your heart rhythm to a more calm, normal rhythm. It’s perfectly normal, but an Apple Watch sadly can’t tell this apart from a concerning arrhythmia like A-Fib and therefore alerts you that you have A-Fib. After this, I was sent on my way at 1am to go home and rest.

On 11th February 2022, two and a half weeks after my third attack, I suffered another panic attack. This was the first panic attack where my heart rate didn’t spike, and instead was more of an emotional attack with new physical sensations I hadn’t experienced before.

Four nights prior to this attack, I had a nightmare which resulted in little sleep afterwards. I struggled to get any sleep throughout that week, leaving me feeling the most exhausted I have ever felt come this day. I woke up the morning of my panic attack to get ready for a blood test at the hospital and remember sitting in my car wanting to both cry and sleep. I was exhausted, irritable – like the kind where you’re just very frustrated, my head felt full, I had chest heaviness, and my arms were tingling.

I called my husband when walking back to my car and remembered telling him I felt awful. As I was approaching my car, I suddenly had what I can only describe as an out-of-body sensation. I felt like I was taking forever to get to my car, but it was almost like I could see myself two steps ahead of where I mentally was. It was the most surreal experience.

Once I got home around 20 minutes later, I remember sitting on the sofa getting more and more panicked over these sensations and the fact I was now alone, and then suddenly I broke down in tears. It was a sudden wave of emotions and just crying my heart out for a solid 20 minutes. I called my husband so I didn’t feel alone and he came home early. After 20 minutes had passed, I felt better. I still didn’t feel great, but I felt like a small weight had been lifted off my chest.

At the time of writing this post, that was the last panic attack I’d suffered. I still suffer with the physical sensations of anxiety on an almost daily basis, but not to the point of feeling like an attack is coming on. But I’ve also got better at managing my anxiety thanks to a mixture of tactics. 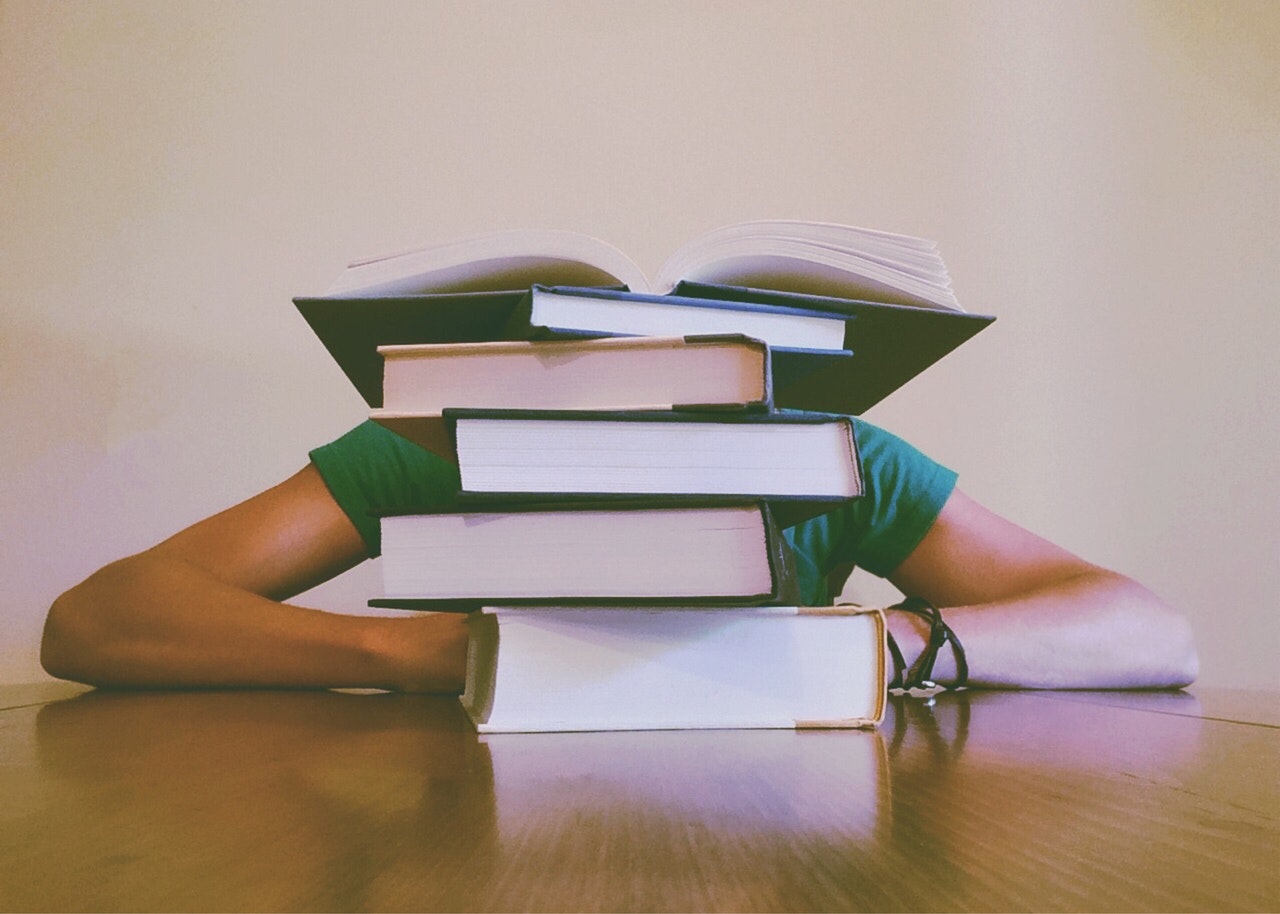 National Stress Awareness Month | How to destress all year round 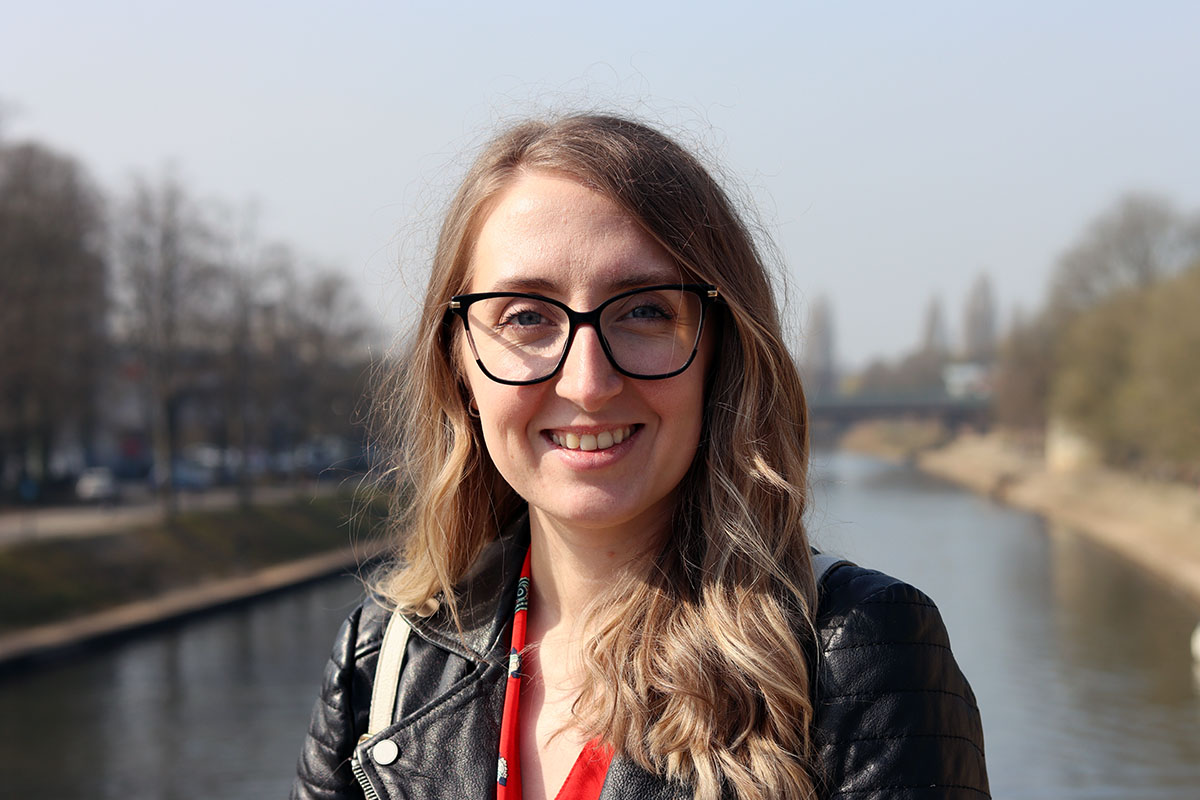 Discovering I’m An Empath And How It Affects My Anxiety 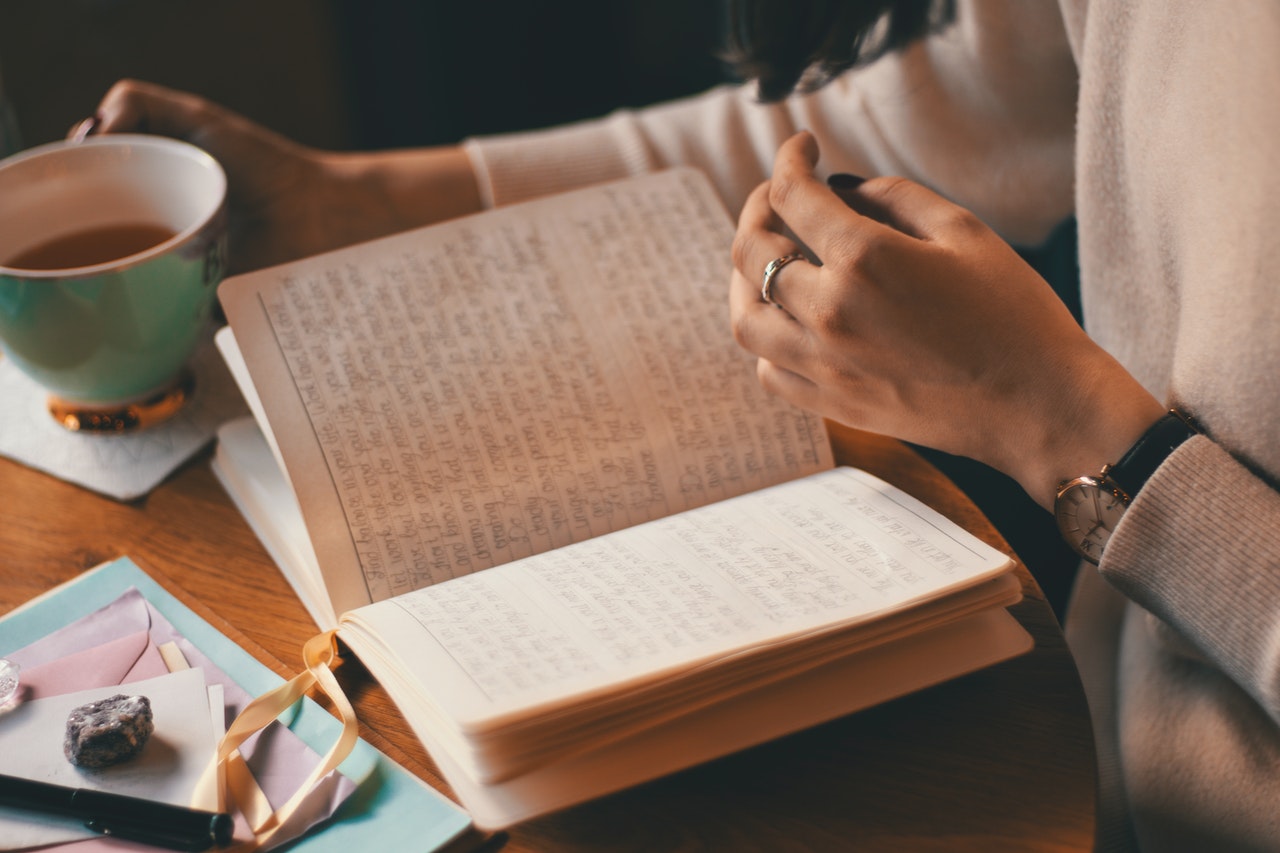 7 Things Anxiety Taught Me About Myself & Life